Q3 is a traditional peak season in the world of shipping, but not this year. Global inflation, weakened consumer demand and excess cargo carrying capacity are pushing the market down.

With a gloomy economic outlook and vague alarms from central banks, it seems recession could be just around the corner.

Are there any indications from the shipping market when global recession is on its way? This is a question not only of interest to the commercial and technical players in the maritime industry, but also to financiers and policy makers.

The last recession triggered by economic factors was the Great Recession from December 2007 to June 2009. Goods loaded worldwide for seaborne trade fell by nearly five percent in 2009 compared to 2008, from about 8.23 billion tons to 7.82, according to UNCTAD’s Handbook of Statistics 2021.

When looking at a combined graph of the Baltic Dry Bulk Index (BDI) and the ClarkSea Index - a weighted average of tanker, bulker, container ship and gas carrier earnings - the BDI started its sharp fall two months before the Great Recession began. 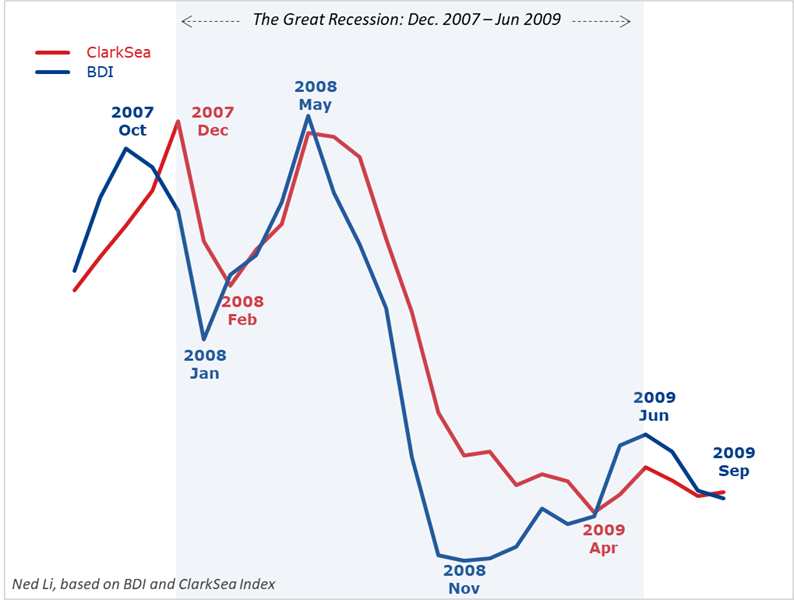 Graph 1: Baltic Dry Index (BDI) overlap with the ClarkSea Index, 2007-Aug to 2009-Sep. (For comparison of trends only, not numerical values)

How is the shipping market now? In May 2022, bulker earnings started to drop. Tankers were at a short break in an upward rise. Container freight rates were flat and just about to begin sliding. As of September 2022, only tankers’ earnings are still climbing.

Graph 2: Baltic Dry Index (BDI) overlap with the ClarkSea Index, 2022-Jan to 2022-Sep (For comparison of trends only, not numerical values)

The bulk shipping market’s underperformance will probably continue and will not turn before Christmas, unless there are significant changes - for example, if an easing of COVID restrictions in China pushes up its industrial demand (particularly for iron ore). Demand for oil and gas from the West will help send tanker rates continue soaring. Container shipping is expected to decline in the short term.

During the past months, a black cloud has appeared on the global shipping market’s horizon. The downward trend of shipping indexes brings a sense of foreboding. As to the question, “is a global recession imminent?” Most likely, say signals from these two shipping indexes.